MILLETS-THE WONDER GRAINS TO THE FORE

MILLETS-THE WONDER GRAINS TO THE FORE 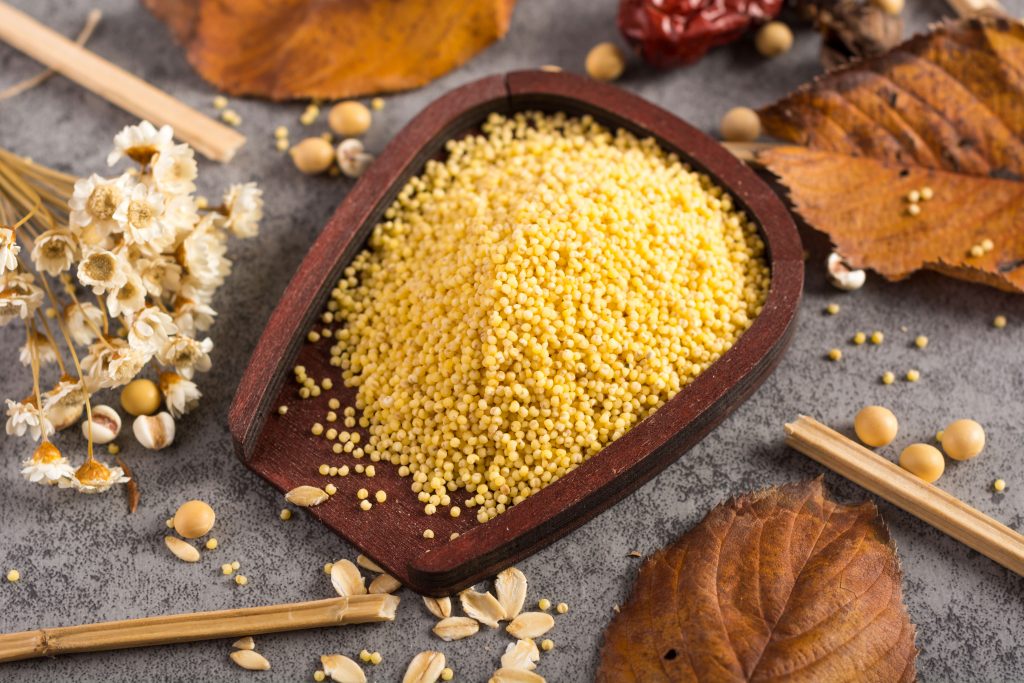 Skid through the grocery list of a “healthy-eating” person and you are likely to find many fascinating names contrasting the nachos, donuts and sodas on a fast-food junkie’s shopping list.

Now, these fascinating names typically are of a certain type of wonder food, called millets. Rich in nutrition and serving the mankind since times immemorial, here’s what you need to know about them.

Millets are cereal crops or small seeded grasses that are widely grown around the world, especially across Africa and Asia.

Renowned for their nutritional value and productivity, millets are largely preferred as human food and fodder.

Millets have occupied prime significance in the history of Indian food since the ancient ages. Mentioned in some of the oldest surviving Yajurveda texts, millets were widely consumed, pre-dating to the Indian Bronze Age (4500 BC).

The cereals continued to serve as the major staple for many sections in India for numerous centuries until the Green Revolution took over.

The advent of high-yielding varieties of rice and wheat during the 1970s took the market by storm, side-lining the production of millets in the country.

In fact, as per a report by the Millet Network of India, between 1966 and 2006, 44% of millet cultivation areas were occupied by other crops.

In addition, lack of awareness and the largely prevalent notions that perceived millets just as fodder and “poor man’s food”, didn’t help the cause either.

Over the years, mass consumption of polished rice and wheat, coupled with sedentary lifestyles, has led to worrying trends of health complications among the urban population.

With metropolitan areas turning into a commonplace for obesity, hypertension, diabetes and heart diseases, the quest for alternate gluten-free diet once again shed light on millets.

Growing awareness and the willingness to switch to healthier lifestyles has once again brought millets to the reckoning.

The nutrient-rich indigenous foods are now being sought-after in modern India’s pursuit of a healthier tomorrow.

Millets, as aforementioned, are repositories of nutrition. From helping in weight-loss to preventing the risk of certain cancers, these wonder grains are a boon to mankind.

Here are the multiple health benefits offered by the different varieties of millets.

So, what are you waiting for? Visit Sattva Naturals along with your list of millets and set your health right from today!

Share your comments on “MILLETS-THE WONDER GRAINS TO THE FORE”