THE MANY RICE VARIETIES AND THEIR UNKNOWN HEALTH BENEFITS

THE MANY RICE VARIETIES AND THEIR UNKNOWN HEALTH BENEFITS 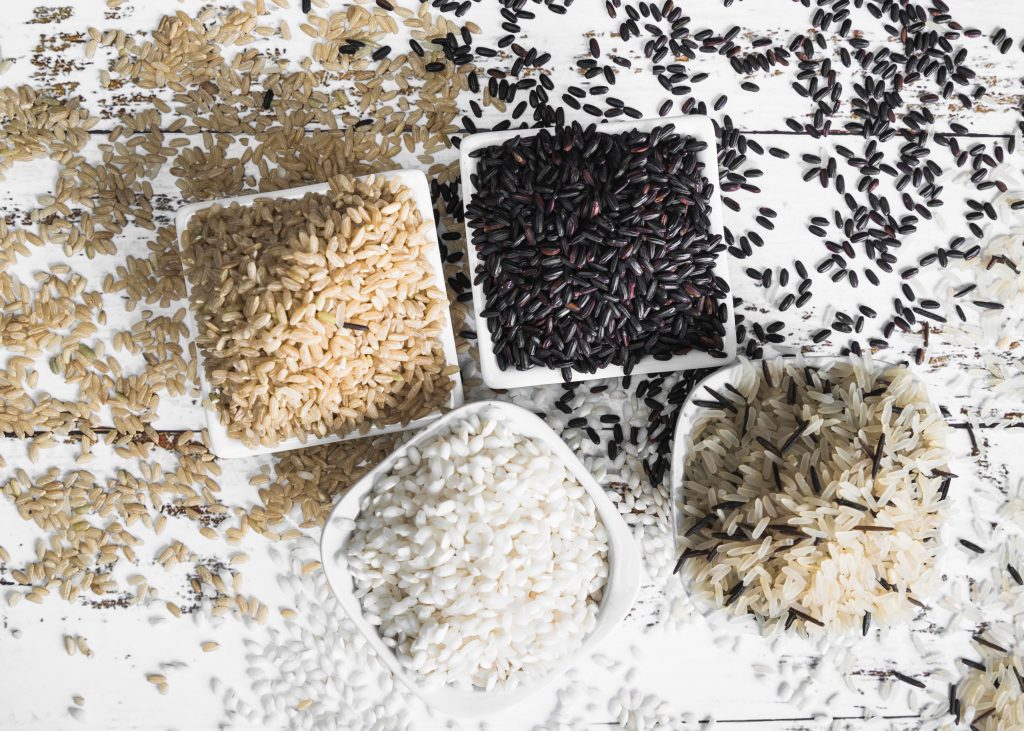 As a widely consumed food in most of the Asian countries, rice enjoys a high place in many of our cuisines.

However, with white rice coming under the scanner off-late, consumers have now started paying heed to other varieties of rice.

Here’s what you need to know about a few of the rice varieties available at Sattva Naturals.

Black rice stands in complete contrast to the widely consumed variety of white rice. Also once known as the “forbidden” rice, this variety is produced in relatively smaller quantities.

Tracing its origins back to ancient China, Black rice has always been considered to pack a multitude of nutritional benefits. Rich in antioxidants and protein content, this rice is also a boon for those suffering from diabetes and heart diseases.

Different dishes such as Pongal, Pudding, Kheer, and even Sushi can be prepared using Black rice.

Another special variety of rice is the Bamboo rice which is grown out of a dying shoot of a bamboo. Popularly grown in tribal regions across Kerala, this variety resembles paddy rice and tastes like wheat.

Bamboo rice is rich in carbohydrates, fibre, and protein. The variety also has a comparatively lower glycemic index, thereby making it suitable for those suffering from diabetes.

Generally cooked like any other rice, this variety can additionally be savoured in the form of Khichdi, Pongal, or even Kheer.

As the name suggests, this variety of rice gets its name from the reddish colour that it dons. Red rice derives its striking colour from a component called anthocyanin and is either consumed hulled or unhulled.

While red rice isn’t new to mankind, a wide variety of health benefits has made its going busy once in today’s market.

Apart from its richness in antioxidants and magnesium, red rice offers other advantages that include controlling diabetes, improvement in digestion, prevention of Asthma attacks and improvement in oxygen consumption.

Red rice Pongal, Khichdi, and Paniyaram are some of the popular dishes through which this variety is consumed.

Brown rice is whole-grain rice with its outer hull removed. Unlike white rice, this variety consists of the remaining three parts of the grain: bran, germ, and endosperm.

Brown rice is extremely popular for its health benefits and is a preferred choice in many households. A good source of fibre, minerals and vitamins, this variety helps in fighting diabetes and cardiovascular diseases. It also promotes bone health, digestive capabilities, and aids in reducing cholesterol.

While brown rice can be used as a direct substitute for white rice, other recipes include Khichdi, Pongal, Kheer and Pulao.

Matta rice, also known as Rosematta rice, is an indigenous variety that is widely grown in the Palakkad district of Kerala. Historically popular for its unique taste, this rustic variant of rice is interestingly grown using black cotton soil.

Matta rice bundles a plethora of health benefits that have helped it gain far-spread recognition. Supplying a nutrient-rich diet, this high-fibre variety has abundant stores of magnesium and calcium. Matta rice also reduces blood pressure and decreases the risk of diabetes.

It can either be consumed in its plain form or used for preparing famous South Indian foods like Appams, Idlis, and Murukku.

Native to Tamil Nadu, Mapillai Samba translates to “a good thing for bridegroom”, thereby fetching it an alternative name of “bridegroom rice”.

Like the other varieties on this list, Mapillai Samba too is a rich source of many nutrients. High in fibre content, the rice helps in the digestion process. It is also known for its iron and zinc reserves, in addition to its ability to keeping our energy levels high.

Mapillai Samba rice can be used to make Pongal, Idli, Dosa, Arisi, and other delicacies popular across the local staples of Tamil Nadu.

Quinoa comes as another renowned and healthy substitute of white rice. One of the healthiest foods available in the market, this South American variant of rice is power-packed with nutrients.

Rapidly gaining popularity in India, Quinoa is a repository for proteins, potassium, zinc, copper, Vitamin E, iron, and magnesium among others. Quinoa is not only rich in antioxidants but also keeps a good track of your heart health and digestive system. The variety also aids in tissue growth and repair.

Cooked like white rice, Quinoa can be used to prepare interesting dishes such as Fried Rice, Smoothies, Salads, and Energy Bars.