WHAT IS ABOUT GLUTEN AND GI THAT YOU NEED TO KNOW

WHAT IS ABOUT GLUTEN AND GI THAT YOU NEED TO KNOW 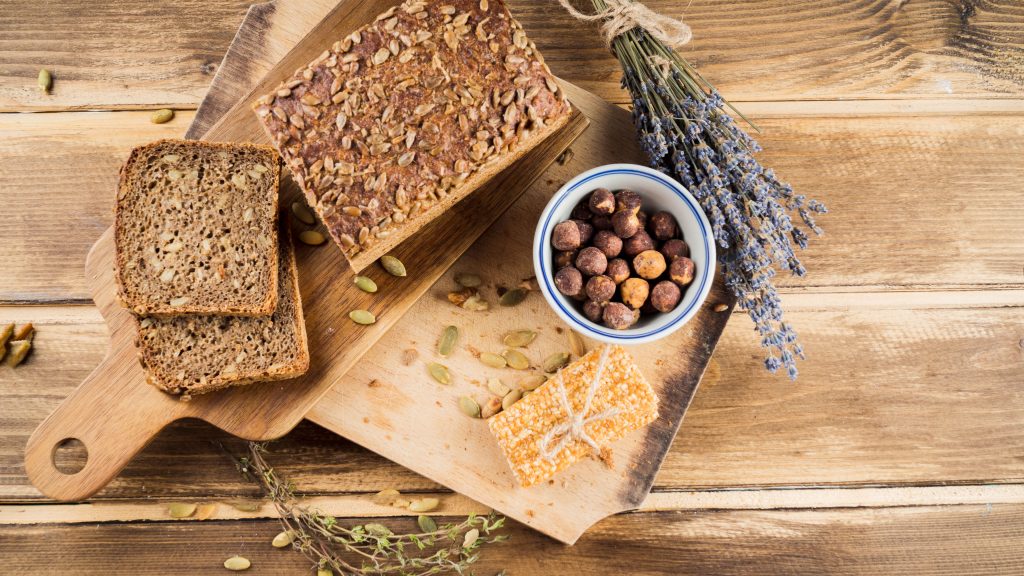 Also, it has now become imperative to be aware of another important determinant of our health; the Glycemic Index.

Delve further to find out more.

Gluten is a class of proteins found in wheat, rye, barley, triticale, spelt and oats. Composed majorly of the proteins glutenin and gliadin, gluten acts as the binding agent that holds most of its foods together.

When the flours of the above-mentioned foods are mixed with water, the gluten proteins network together forming a glue-like consistency.

It is this glue-like consistency that makes the dough elastic and chewy. Apart from lending a desirable texture, the gluten-network also makes the dough capability to rise when baked.

What is the Glycemic Index (GI)?

As we know, carbohydrates form an essential component of our daily diet. Glycemic Index (GI) is a rating system that measures how a carbohydrate-containing food would affect our blood-glucose levels.

The lesser the GI of a carbohydrate-containing food, the lesser is its chance to affect our blood-glucose levels.

Referentially, carbohydrates with GI less than 55 are considered to be having low GI levels. These carbohydrates are digested and absorbed slowly, thereby causing a slower rise in the blood glucose levels, and therefore, in insulin levels.

A GI range of 56-70 is considered to be moderate while that of above 70 is treated as high.

While zero-glycemic-foods, which have no carbohydrates, consist of eggs, meat, fish, milk, nuts and oil, highly-processed foods tend to fall in the category of high-glycemic foods.

The harmful effects of high-GI foods

Consumption of foods that have a high Glycemic Index, causes a sudden rise in our blood sugar levels. In an attempt to deal with the same, our bodies produce high levels of insulin, which leads to further complications.

Frequent consumption of high-GI foods can thus overwork the pancreas and cause degenerative consequences such as diabetes.

High-GI foods can also cause repercussions such as obesity, heart diseases and even cancers in some cases.

It is thus highly advisable to choose foods with low-GI for sustaining ourselves in good shape.

Low-GI foods not only keep our insulin levels in check but also protect us from several heart diseases. They are even known to maintain our mood upbeat and keep our energy sources running high on fuel.